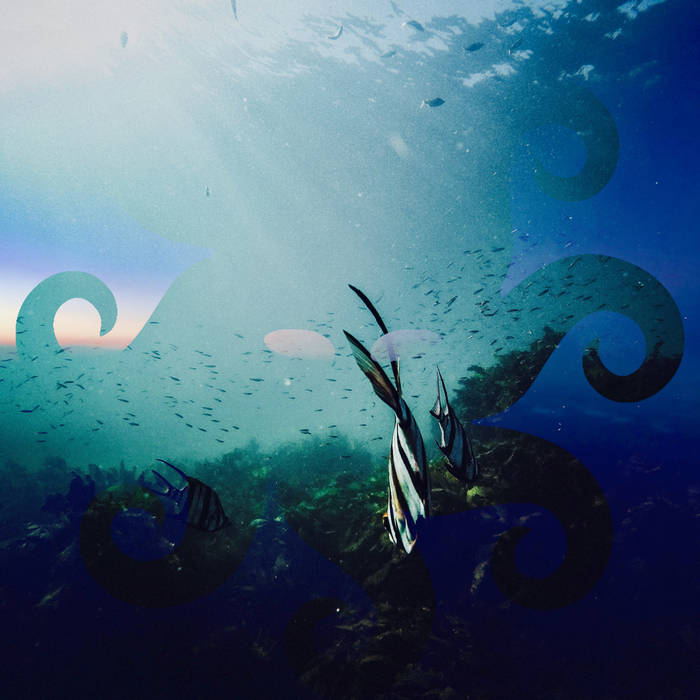 Undine's first full release on Mariana Records, and the label's first "ambient" release, is entitled "Songs for Submarines". It shows the producer's exploration into ambient synthscapes and generative processes, eschewing song forms meant for the dancefloor.

"The process is very important to me", says Mariana Records artist Undine, "I can spend hours watching videos online of how other producers create their sound, it's extremely fascinating for me to see someone create music, especially when their process is different than my own."

"I am a huge Brian Eno fan. HUGE. I have toyed around with generative concepts based on some of Eno’s ideas for a while now, but this EP is the first time I have been able to really execute my vision for soundscapes in a cohesive manner", Undine says, "I was working a 9-5 job doing tech support and I fucking hated it. I had to stare at a computer for 8 hours a day, so the last thing I wanted to do when I got home was hop back onto a computer to try and make some music. This led me to move towards hardware for my music creation, as it would allow me a welcome respite from staring at another backlit screen. I had a Korg Electribe EMX-1, one of my fav pieces of hardware because of the tubes in it, and I had picked up 4 Korg Volcas as well: the FM, Beats, Poly, and Bass units. I rounded things out with a Korg Microkorg (sounds like a Korg ad!), a guitar reverb pedal, and I was good to go! My only problem was sequencing everything, as the Electribe wasn't really strong enough to control everything and do what I was looking for. Going full circle from my initial goal of a computer-less setup, I ended up using a sequencer on my iPad to control everything, which was different enough from a desktop/laptop, and cheap enough as well, for me to start exploring a new way to create music."

Sonically, the EP builds on the generative ideas used by Brian Eno, ebbing and flowing as parts line up, and then separate from each other, moving back and forth, echoing the never ending waves in our oceans. There is a darkness, and seriousness to the music reminiscent of Múm and the criminally underrated Robokoneko. It conveys the ominous immensity of the deep sea. At the same time, pretty little sprinkles of synthesizer drift by every now and then, reminding the listener that the ocean still contains beautiful little bits of life. The music is not quite ambient, but is not far from it, entrancing the listener and falling into the background momentarily before a shift brings the music back into the forground of the mind. The sounds used in the EP are eerie and disconcerting: bassy metallic pulses remind the listener of what could be outside the submarine, crystalline synths creep to and fro, and enough reverb and delay to swim in for hours.

Undine goes on to say, "I started making sequences, and giving them odd lengths: 5 bars, 11 bars, 13 bars, etc. in an attempt to make a kind of undulating, somewhat random, synthscape. Once I would get an arrangement that I liked, I would just let it playback and record it via a 2 track recorder. Dialing in the process over a few months, I was able to create the four songs you hear on the EP. Everything was recorded "live" in one take and then some reverb and processing was added after the fact via Ableton. Tragically, my studio setup was ruined by some faulty sprinklers in my apartment, so this hardware dream has once again been relegated to the backburner. These four songs are all that are left of that brief moment in time."

Written and Produced by Undine
Mixed and Masted by Jason Torres

Dark rave and cold electronic music out of Austin TX since 2014. Presented by Jason Torres.